You CAN Have Cake–And Eat It, Too! 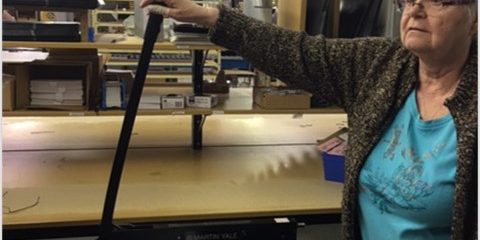 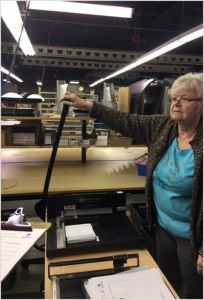 A while back I conducted a three-day site visit at a client, where one day was comprised of assessments and two were comprised of Ergonomics Team training.

When doing onsite training, I incorporate the client’s processes as examples into the courses, so they are not only relevant, but also get the “Ergonomics Ball of Improvement” rolling..

One process this client was having trouble with was their trimming operation.  They were manually trimming about 200,000 parts/year, and the trimmer presented risks due to extreme extended forward reaches.  Since the reaches were so far, they created shoulder and back issues.  Thus, to reduce the reaching, employees would often bypass the safety latch on the trimmer.  (When I went to measure the reach distance, the trimmer arm started to fall, and I almost got hurt–because the last employee to use the trimmer had not engaged the safety latch, because using the latch forced an even longer reach!)

As we analyzed the process during our class, employees also indicated that the trimming operation was a bottleneck, and held up five additional people on the line a minimum of fifteen seconds per part. Doing the math, and at a $30/hour overhead rate, we were looking at $100,000/year in extra labor costs due to the bottleneck.  Not to mention the ergonomics and safety issues with the task.

By installing a $1,000 mechanical trimmer, the client found they could eliminate the bottleneck and reduce their labor costs by about $100,000/year.